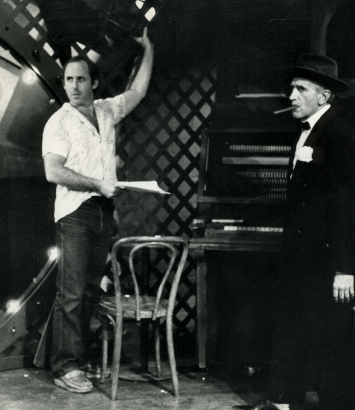 After serving sixteen years as Artistic Director of the Marin Theatre Company, Lee resigned in 2006 to return to producing and directing independently. Among the forty five plays he directed at Marin, there were two Estate sanctioned world premieres of previously unproduced Tennessee Williams’ plays. His career began with a jump start with his successful productions of ONE FLEW OVER THE CUCKOOS’ NEST which ran for two and a half years in New York, five and a half years in San Francisco, a year and a half in Boston, and in Israel. Considered responsible for the movie being made. Since then he has worked in Regional Theatres across the country including Baltimore Center Stage, The Mark Taper Forum, South Coast Rep, Florida Stage, Geva, Jewish Repertory Theatre, City Theatre, Center Rep, San Jose Stage, Theatreworks, Pittsburgh Public Theatre where he was a Resident Director, and was an Associate Professor of Drama at Carnegie Mellon University. Among his several awards, he has been the recipient of four San Francisco Bay Area Drama Critics Awards for Direction. Lee currently owns and operates out of the Zephyr Theatre in Los Angeles where he most recently directed Wendy MacLeod’s HOUSE OF YES and Robin Bradford’s LOW HANGING FRUIT. His first foray as a playwright, FOR HONOR, will be produced in the Fall of 2016.